Opinion: Architects & urban designers need to listen to their children.

This piece was originally published on Apolitical.

It is such a simple and straightforward idea: design your public space with safety and comfort for infants, toddlers, and caregivers.

Do this, and you will have designed human-centric urban fabric that is safe and fun for all ages. Yet, despite being such an undemanding proposition, it is only recently becoming — slowly but steadily — part of the design discourse.

In retrospect, I am struck by how little attention was paid to this topic throughout my academic endeavours. Accessibility, energy-efficiency, or sustainability are some of the keywords that drive an agenda regulated by building codes, LEED certification or ADA compliance.

While rules and regulations most certainly incentivise and push the industry in setting a high design bar in our built environment, it is appalling that no one has been actively thinking about the more than one billion infants, toddlers, and caregivers. 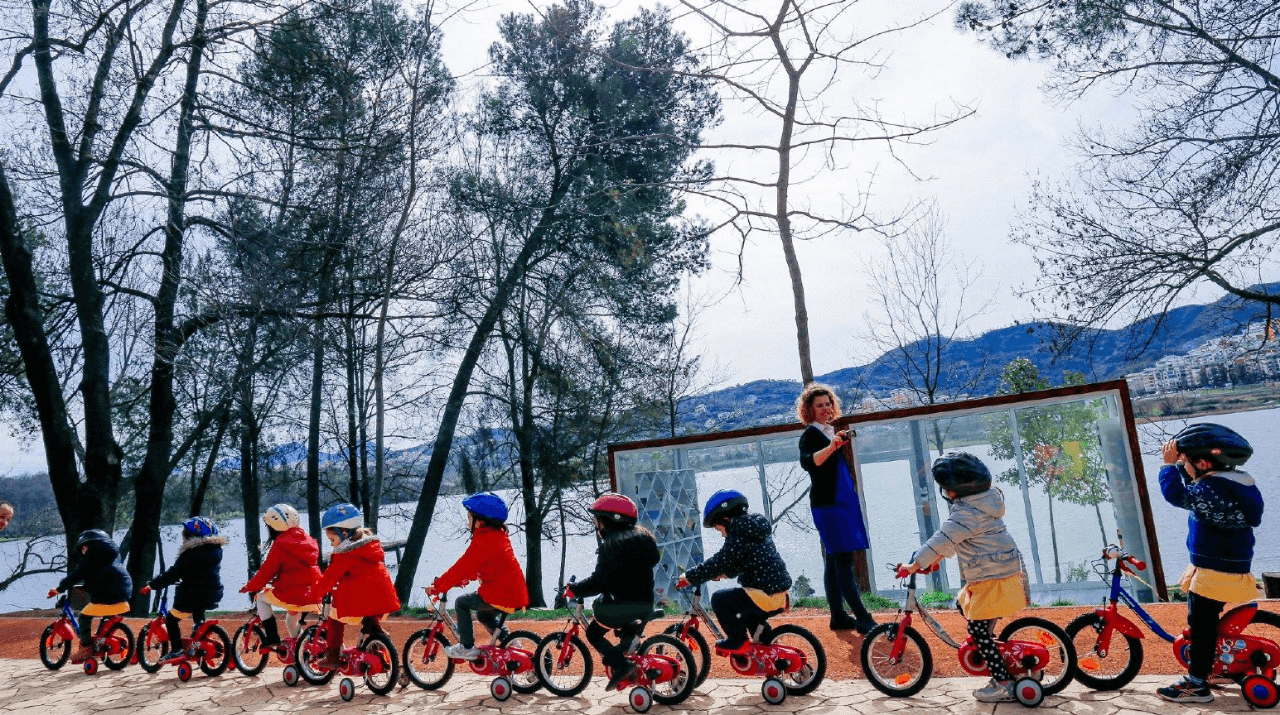 One-year-olds and stroller-pushing parents are often a design afterthought: a cramped changing-room in a public toilet, or an uncomfortably short ramp leading to a dangerous car-centric intersection.

Urban designers are diligently envisioning “chance encounters” and “random human interaction.” This is great, but why aren’t we structurally thinking about active play, random street-games, interactive child-centric public art, and the like?

This November will mark the 30th anniversary of the United Nations recognizing play as a birthright for every child, yet architecture and urban design — which are professions directly responsible in making this right a reality for every child — are woefully lagging behind.

Erion Veliaj was elected Mayor of the capital of Albania four years ago. Tirana is a vibrant city of more than a million inhabitants but we inherited a bankrupt city, with barely the operational budget to pay for salaries and basic services and see through the end of that year. The Mayor intuitively understood the importance of working for the next generation rather than the next elections.

His first move was a city-wide philanthropic competition: adopt a kindergarten. Businesses tried to one-up one another - the city was able to refurbish and reconstruct at no cost all of its ailing kindergartens in less than two months.

Children became key stakeholders in decision-making with a child-city-council chaired monthly by the Mayor. Owing to their lack of an agenda, children became the educators of the family-circle by swaying their parents on the most controversial issues: the champions of car-free days, the police of the plastic bag ban, and the inspectors of proper waste recycling.

Good design is more than hardware

It is thanks to their household-advocacy that in less than two years we were able to transform the busiest roundabout in the Balkans into one of the largest pedestrian squares in Europe. Forty-five new playgrounds pepper the public spaces of Tirana, an urban child-centric acupuncture, providing a safe and fun space for children throughout the city: most of these refurbished public spaces are located at the centre of old communist housing blocks or replace sprawling parking lots. 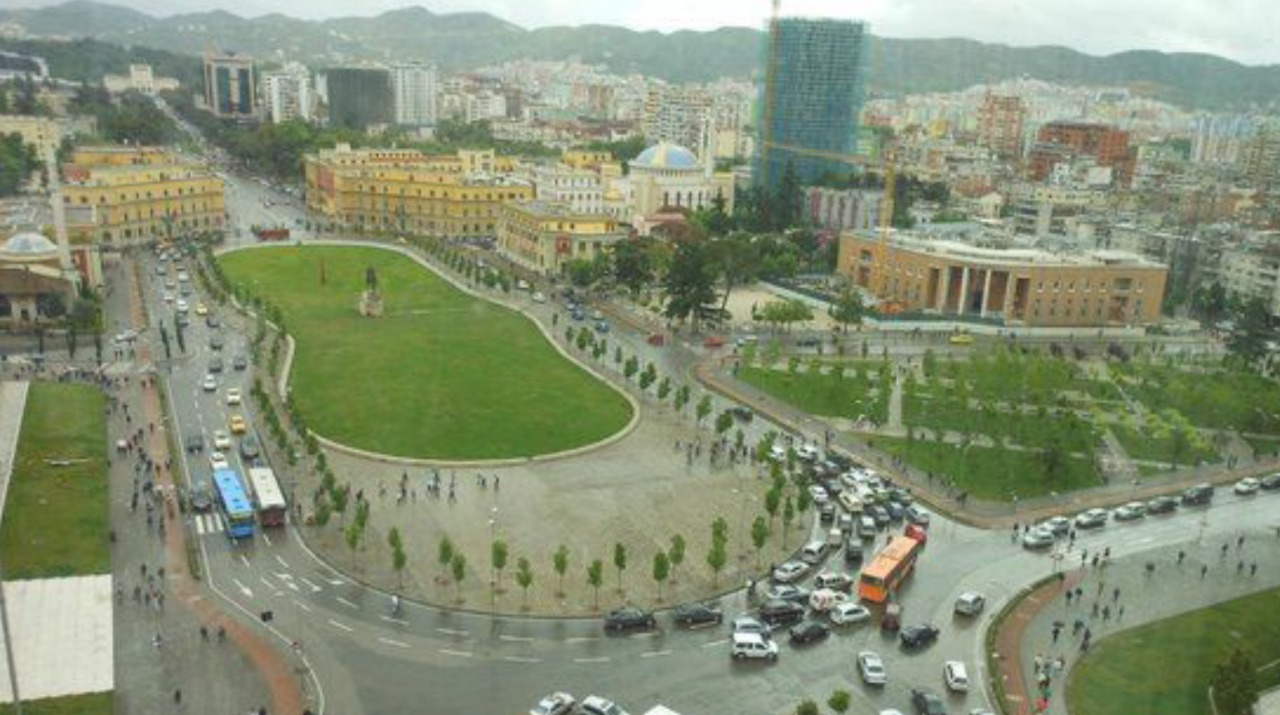 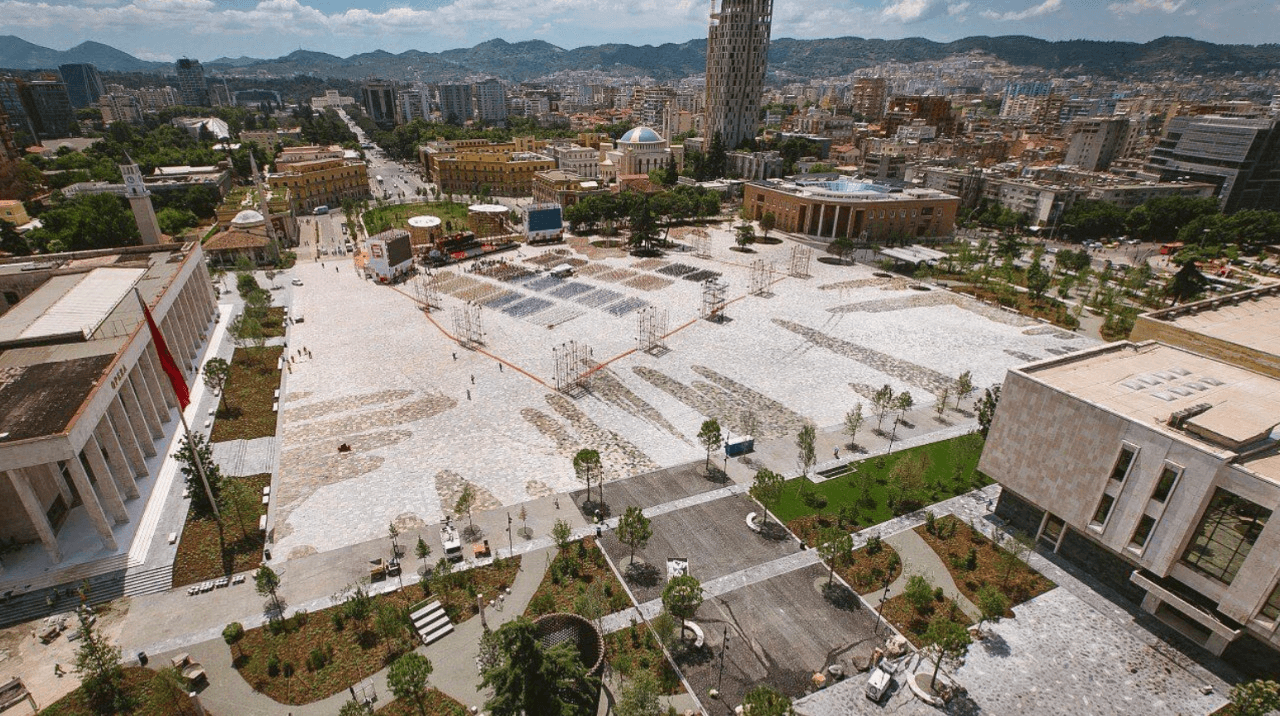 But this is not enough. Child-friendliness shouldn’t be designed topically, it shouldn’t be a specific project. It should serve as the backbone of all projects and the foundation of good design.

Good design is not just about the hardware — it’s also about providing the software: maintenance and constant programming. Our minimum grid of protected bike lanes is activated by kindergarteners being taught road safety, encouraging them to bike with their parents. Our network of small neighbourhood libraries organises storytelling afternoons where kids are read and discuss stories with writers and journalists. 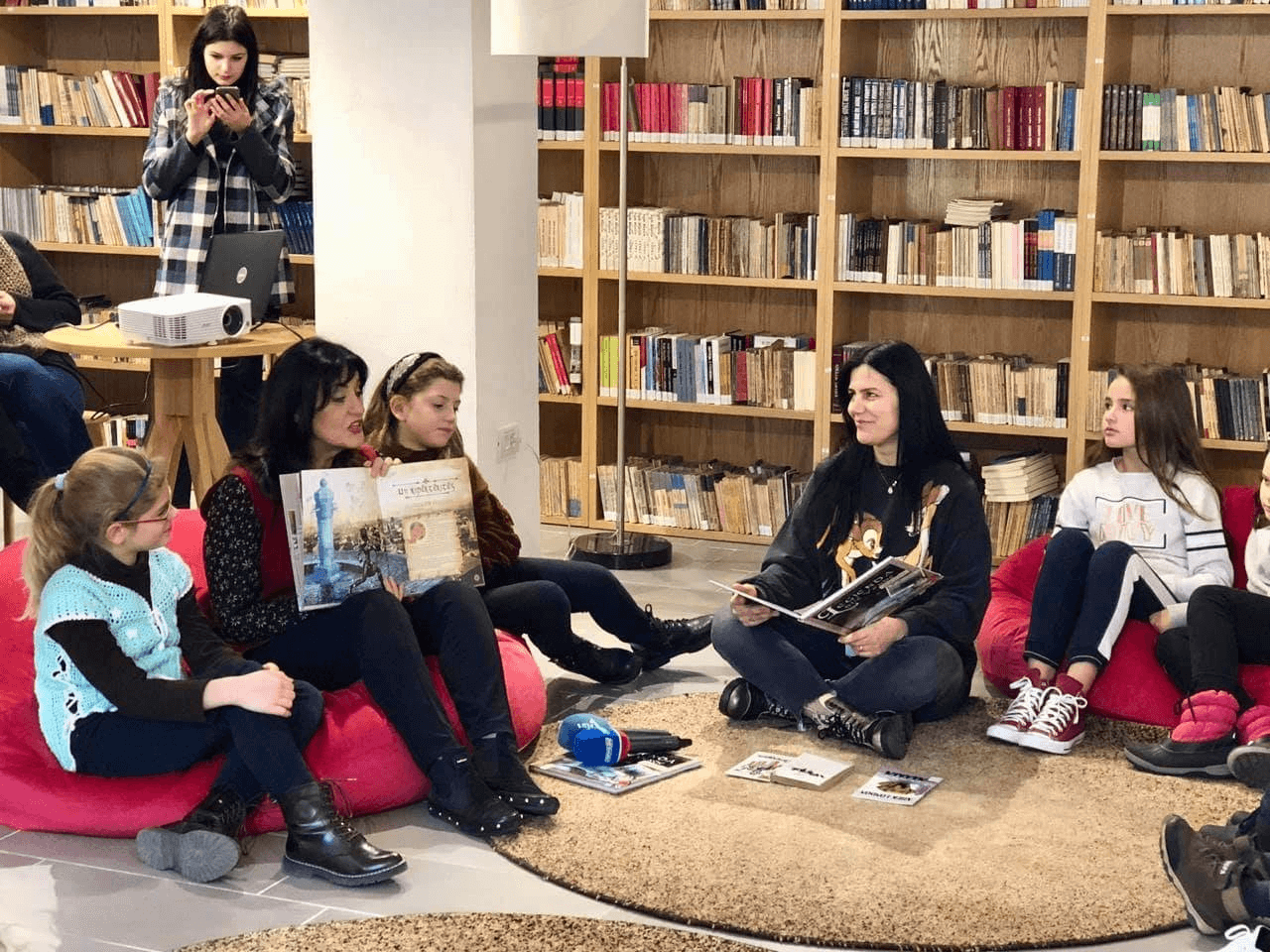 Our two food markets are not only safe pedestrian spaces, but they also have slow-food classes aimed at kids, trying to pull them away from the instant-gratification of fries and coke. We are transforming existing schoolyards while building seventeen new schools that are designed from the ground up to serve as after-hours community spaces. We plan to double the green and public space in the city by opening them up to the neighbourhood after school is done for the day. 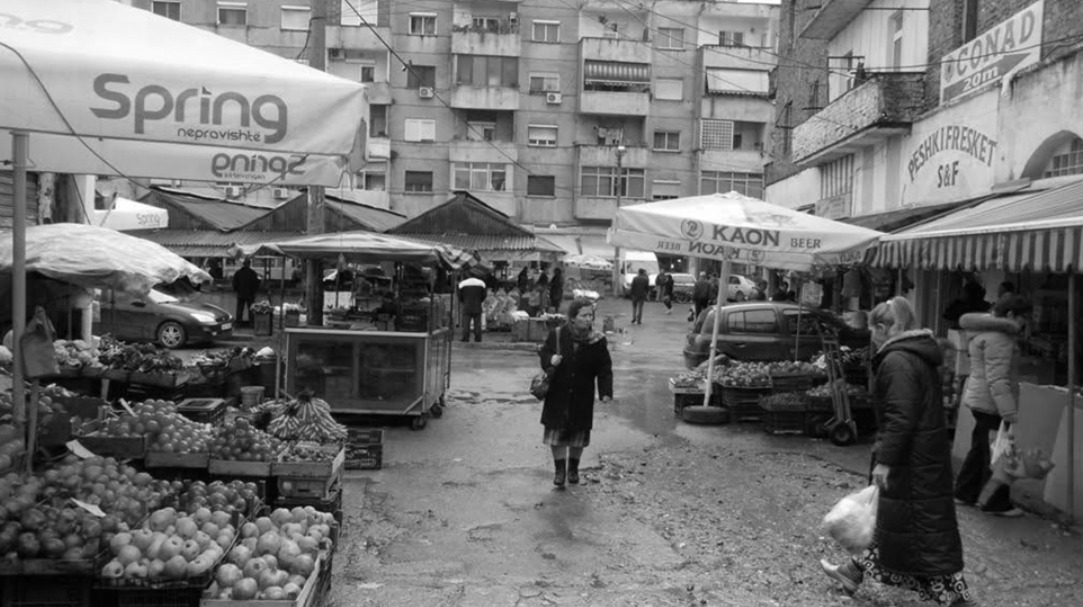 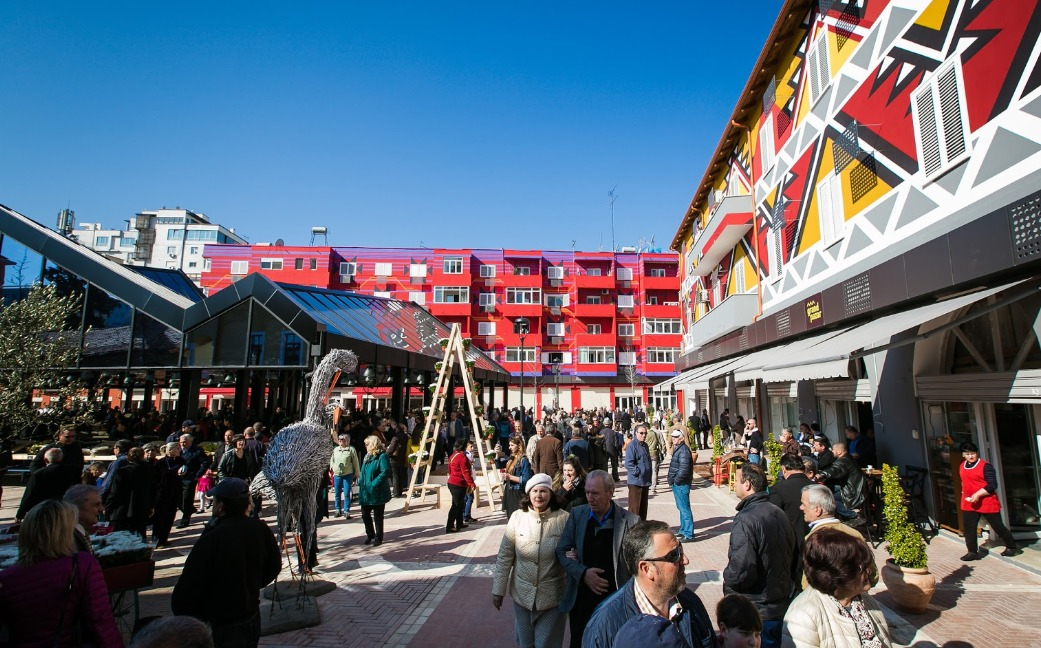 All of this became paramount to me when I became a father one year and a half ago. Every trip with my daughter has since been a special adventure: a trial of preparation and forethought for myself; a learning and exploration endeavour for my daughter.

While Lora is being stupefied by the storefronts, strolling pets, and fellow toddlers, I have to think ahead about the less-polluted safer route, and the pre-planned pit-stops. It really hit home when I learned from an Urban95 peer that infants and toddlers breath 40–60 times per minute compared to the typical 12–20 times per minute in adults; and then on the same day I happened upon a Discovery video which visualised invisible CO2 emissions.

It’s relatively simple to design a successful playground, but much more complex to design the whole city to be a playground

In collaboration with the Bernard van Leer Foundation and Urban95, we are coordinating a broader strategy in Tirana to tackle these issues. The critical work being conducted by Qendra Marredhenie coupled with the heightened sensitivity throughout city staff thanks to our Chief Child Officer is slowly coming to fruition.

Making the city a playground

We are establishing a framework: a set of universal indicators to measure how our city is performing in this specific field. We are gathering data and hopefully will be partnering with the Albanian census to have granularised and geo-referenced city-wide figures by 2020.

Furthermore, we are addressing projects and infrastructure by drafting design guidelines — involving our staff and our professional partners in learning-by-doing workshops.

Including city staff from all departments and throughout the hierarchy is not only spawning brilliant ideas but most importantly generating buy-in. A slow and methodical process: change at the speed of trust. Our initial efforts will be concluded with a set of regulations and guidelines approved by the city council that will shape design city-wide.

It’s relatively simple to design a successful playground, but much more complex to design the whole city to be a playground. We do not yet know how successful this systematic approach will be, and for sure we will not stop the agile, sparse, playground and public art invasion of public spaces. We hope however that this will be a first step that can grow beyond Tirana and leapfrog into the design mainstream.