The Pyramid of Tirana is a landmark building in the main boulevard of the capital of Albania, built in 1988 by a number of renowned Albanian architects led by Klement Kolaneci. The structure was constructed with the preset aim of serving as a museum for the legacy of communist dictator Enver Hoxha. It fulfilled this purpose for three years up to 1991; since then it has gone through an array of functions becoming - always ephemerally - a convention center, a national jazz festival venue, a lecture hall, a theatre, an exhibition space, the potential site for the parliament of Albania, a cultural center, NATO’s HQ for operation Allied Harbour and a concert scene – all of this while always thinly escaping demolition. Today the building stands as the most famous Albanian architectural carcass – yet it conceals the potential to become - through revitalization - one of the most vibrant and interesting structures in Eastern Europe. 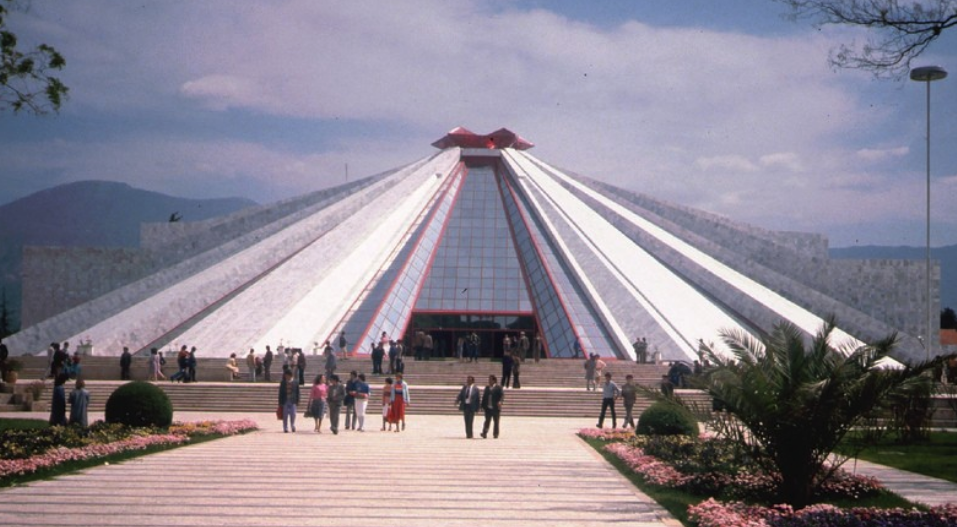 The building is not only a landmark of the city of Tirana but a built form encompassing the political history of the past seven decades. It furthermore represents how art and architecture can become politicized, and contain within their thick structural skin the fragility of democracy and the polarization of politics. 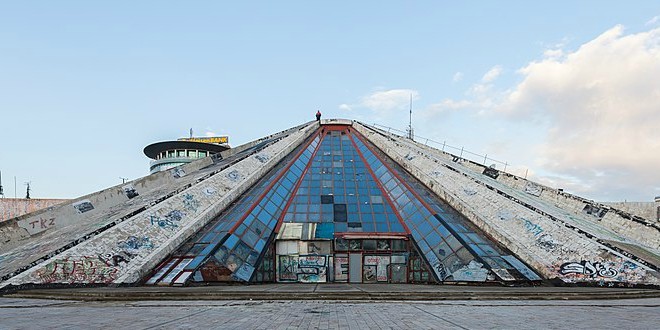 Albania historically and culturally deals with trauma by hiding the forbidden act or by cleansing through fire and blood. Symbolically the Pyramid is an architectural reflection of the primordial elements of our culture. Throughout the years we have tried to hide its crimes by stripping it of its marble skin and immersing it into darkness or tried to cleanse its connotation by razing it to the ground. Yet the only way to overcome architectural trauma is to struggle through confrontation. To face the demons a structure may represent and be able to shatter them through honesty and fairness. This building is therefore rare in having the potential to become a reflection on how a society needs to deal with trauma by confronting it rather than by hiding it through demolition. It characterizes the radical change that the Albanian state has been going through the past twenty-five years: from totalitarianism to an open society cultivating a fragile democracy. 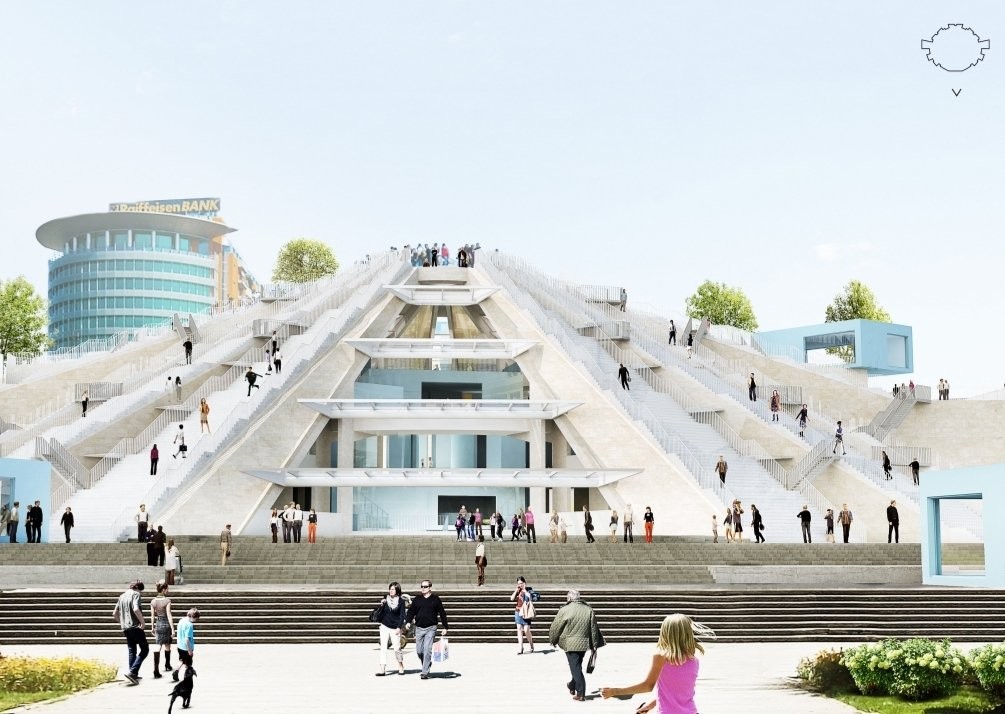 The Pyramid needs a thorough refurbishment which at the same time should conserve the history embedded into the architectural qualities inherent to the building. It needs a set of new functions to transform its meaning while simultaneously being an ever-lasting symbol to the struggle of the Albanian people. The Pyramid is a dichotomy of significances set into an open and malleable architectural form which can, and should, become a new center of political philosophy as well as a space encouraging learning, education, debate, and development.